From the director’s desk: Siddharth Gautam 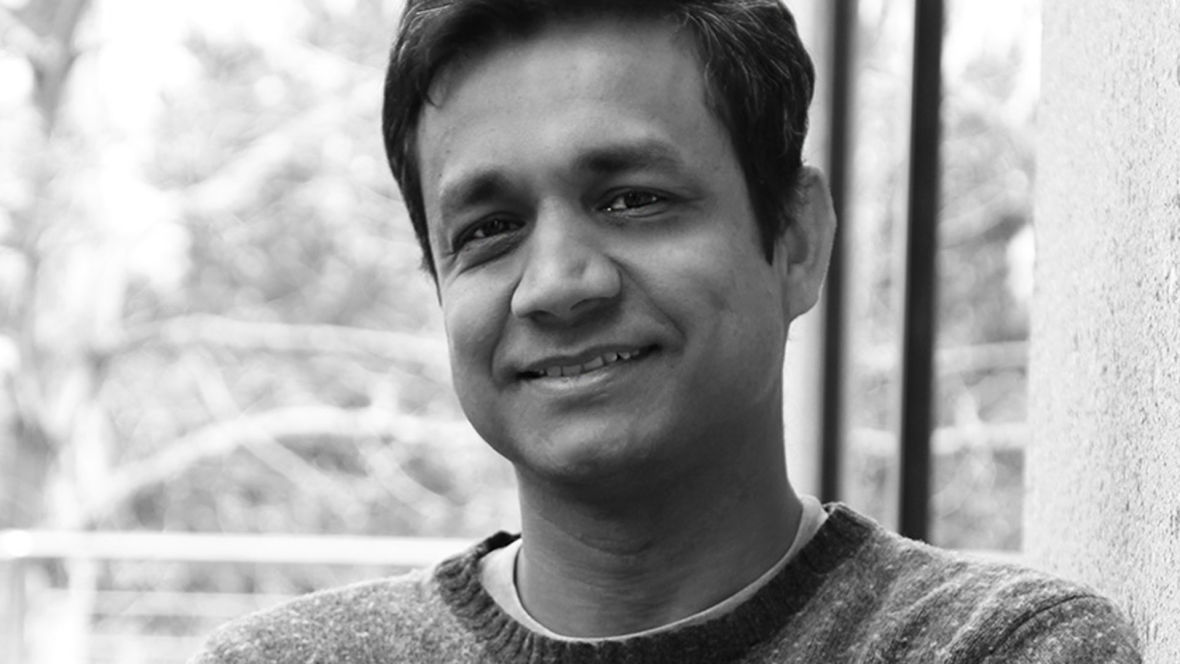 The land in which Siddharth Gautam was born is known as Majjhim Des in Pali texts – the Sanskrit equivalent is Madhyam Desh, or Middle Country. Lying on the eastern fringes of Aryavarta, Madhyam Desh stretches from modern-day Kanpur in the west to Bengal in the east, and much of it is confined to the plain irrigated by the Ganga and the Yamuna. Politically, it was organized into 16 महाजनपद, of which Kaushal – to which the Shakya Republic in which Buddha was born was subservient – and Magadh – which derived its dominance from iron-ore mines around its capital Rajgriha – were most prominent.

It was a country devoid of the cultural and spiritual markers that Indians have long known. The Ramayan and Mahabharat had not yet been written. There was no Krishna and no Raam (although the name ‘Raam’ was common), and the Puraans – with their countless tales of morality and life as lived – lay a thousand years in the future. Shankara would be born a millennium later – both Adwait philosophy and the emotion now known as “bhakti” were at best nascent. Aside from the four Samhitas of the Ved, only about five Upanishads had been composed. The landscape was dotted with heterodox thinkers – wanderers, ascetics, atomists, atheists – each seeking converts to a new way of life that deviated from Brahmanical ritual, which was weaker in Madhyam Desh than in Aryavarta. A man named Ajit Keshkambali preached from inside a blanket of human hair (and managed to earn Siddharth’s scorn), cow and dog ascetics consorted with animals in their search for the truth, Mahavir (known as Nigantha Nathputra in Buddhist literature) walked about preaching a spare doctrine, fire and water worshippers like the Kashyap brothers had large followings. And of course, there was a weak Brahmanical Hinduism – the faith of the establishment – trying to hold back the tide of these ideas. This was not an India we would now recognize.

While the orthodox account of Buddha’s childhood spins a tale of immeasurable luxury, it is unlikely that his father Shuddhodan, a minor king subservient to Kaushal, was powerful or wealthy enough to afford that opulence. Indeed, one of the stories in the Sutra Pitak refers to Shuddhodan tilling his own fields. There is some evidence that the young Siddharth was thoughtful, curious and restless – a fascinating episode describes him as so lost in thought under a jambu tree that his father thinks the son has fallen asleep – and had contact with heterodox sects. In the play, I show him participating in the rituals of the most interesting ones – the cow and dog ascetics Shrenya and Purna – but there is no record that he did so.

Recorded history begins in India with Buddha, where “recorded” must be understood as “committed to memory and transmitted orally”. While the art of writing existed, it was a specialized skill used exclusively for edicts and legal documents. That which was valuable, such as religious instruction, was transmitted orally. What we know, therefore, has been sent to us orally, with all the transmutations that such transmission entails.

Alexander of Macedonia invaded the western fringes of India in 326 BCE. At the time, Magadh was already a powerful empire; this is often cited as one of the reasons Alexander chose to retreat rather than advance eastward. Upon his death in 323 BCE, his empire was divided among his generals. The eastern portion fell to Seleukas Nikator, who made peace with Chandragupta Maurya, the young upstart who had seized power in Magadh four years after Alexander’s invasion. As part of this arrangement, Seleukas gave Chandragupta his daughter in marriage and sent a number of Greek scholars to the Mauryan court. The best known of these scholars is Megasthenes, whose Indika is a prime source for the history of that era. Partly because of the presence of these scholars, the Mauryan period can be dated accurately, so we know with some certainty that Ashok, Chandragupta’s grandson, ascended the Magadh throne in 265 BCE. After embracing Buddhism, Ashok erected tablets all over his kingdom, some of which declared that his ascension had occurred 218 years after the death of Buddha. These tablets are now in museums all over India, and they provide the most widely accepted datum for Buddha’s death – 218 years before Ashok’s ascension in 265 BCE, which is 483 BCE. Now, before death, Buddha referred to his 45 years of wanderings and 6 years of “search”, and there are many references to his having left home at 29, all of which add up to suggest that he died at the age of 80 (45+6+29), which places his birth in 563 BCE.

A few months after Buddha’s death in 483 BCE, his closest disciples met at Vulture’s Peak (गृद्धकूट) in Rajagrih to recite and compile his teachings. The canon refers to “500 arhats” (an arhat being the highest stage of spiritual attainment for a monk) but perhaps the number was neither so large nor so round. Having been Buddha’s constant companion for the last 25 years of his life, Anand recited from memory the tales he had heard from the Master about his childhood, “going into homelessness”, the spiritual experience of “Bodhi”, the early years, and so on. Upali, a barber who had been ordained as a monk about 40 years ago and was regarded as an authority on the rules of the Order, recited the rules as Buddha had explained them to him – when may a monk be expelled? How must a monk dress? How large must the begging bowl be?

Both Anand and Upali recited what they could recall, as they could recall it, in no particular order. Anand started each anecdote with एवम् मे श्रुतम् (thus I have heard), “When the Great One was spending the rains in Jetvan, a woman once asked him…” and went on, in no particular order. Upali started each recitation with तेन समयेन (at that time), and his recollections were similarly disorganized.

If no one objected to these recitations, they were taken as true and memorized. If someone did object, the recitations were rejected or modified. Thus the Pali Canon was born, and organized into two “baskets” – the Sutra Pitak recited by Anand and the Vinay Pitak recited by Upali; a third Abhidharma Pitak was added a hundred years later but I have not used it for this play. These three are called the “three baskets” (Tripitaka in Sanskrit, Tipitaka in Pali). Aside from being the canonical account of Buddha’s life and ministry, the Pali Canon is an invaluable source of political history in the sixth and fifth centuries in Madhyam Desh. All Buddhist literature, and almost all Indian history from that period, derives directly or indirectly from the Pali Canon, its modifications, emendations, and so on.

How accurately does the Pali Canon capture the “facts”? Using the Sutra Pitak as an example, we can start with the act of composition – Anand recited from memory, and he was repeating what Buddha had dug up in his own mind regarding events from his childhood and youth, some of which had occurred 50, 60 or 70 years ago. Some of Anand’s recollections would have been challenged by the monks – almost all of them had known Siddharth Gautam personally – and some would have gone unchallenged. Aside from lapses of memory, there was the matter of objectivity. They were ardent devotees of the Master, and their recollections were deeply influenced by their desire to elevate him. We may conclude, therefore, that Anand’s recitations were neither complete nor objective, and riddled with lapses of memory.

The Canon was orally transmitted from teacher to disciple for more than four centuries. There were disputes regarding accuracy, leading to emendations, edits and accretions. Finally, around the time of the birth of Christ, monks in a rock monastery in Matale in Sri Lanka committed the Pali Canon to talipot palm leaves, thus freezing it for eternity. Copies of that edition, such as they are, form our version of the Pali Canon.

For this play, I have used the first two baskets – Sutra Pitak and Vinay Pitak – in the Hindi and Sanskrit versions (not Pali), as well as hagiographical writing (e.g. Ashvaghosh’s Buddhacharit) and some western historiography. Much of this material has been tainted by the passage of time. As an example, the first seven shloks for Buddhacharit are lost, as is the whole second half that describes Buddha after his enlightenment in Uruvela. The first seven have been “reconstructed” by scholars using intelligent guesses. The second half of the book, though destroyed in Sanskrit, managed to survive in Chinese and Tibetan translations in far-away monasteries, from where it found its way into English translations, which were then turned into Hindi. So, the Hindi version I have used has been around the world – Sanskrit to Chinese to English to Hindi – and can hardly be taken as authentic, aside from the fact that Ashvaghosh composed his deeply felt tribute 500 years after the Great One had died, and wrote it largely with the aim of exalting and celebrating him, not to situate him in history.

With these qualifications, and allowing for the fact that I have used Hindi and Sanskrit sources where the originals are often in Pali, here is the story, in which I have tried to capture the facts, such as they are, but more importantly, the meaning and tenor of Buddha’s life and times. Beyond factual detail, we must recognize that Madhyam Desh was awash in curiosity – what lay beyond the impassable Himalay? What were those twinkling orbs in the sky? Who were we? Why had we been placed here on Jambudwip? Where had we come from when we were born, and where would we go upon death? And we must remember, always, the question central to Siddharth’s lifelong quest, the answer to which provided him enlightenment – whence comes pain and how can we end it?

The prince who consorted with ascetics and wanderers and asked these questions could not have known that he would become the foremost thinker of his time, or that hundreds of millions would follow his ideas – in some form – two and a half millennia later.