My love affair with Naatak 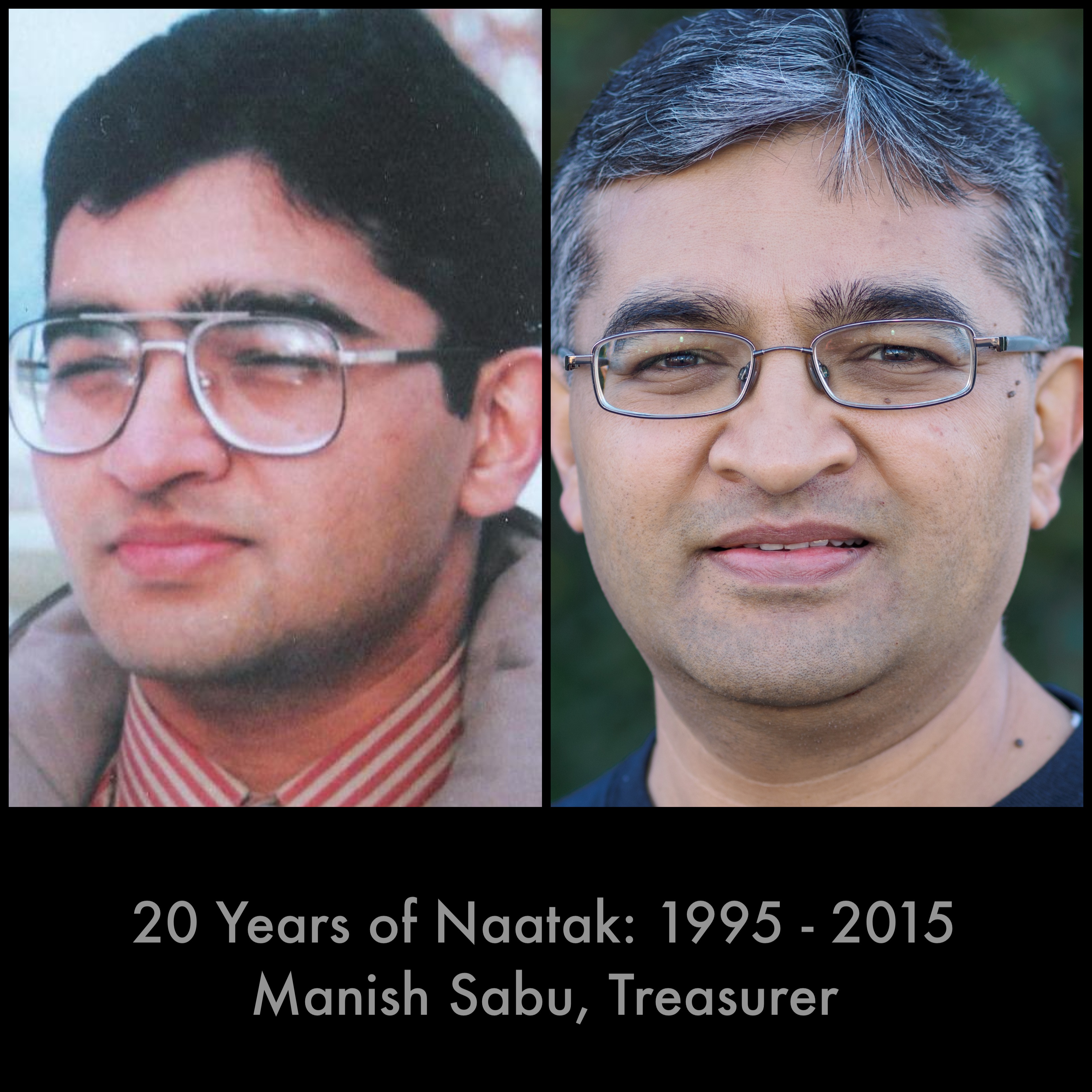 I had never stepped on a stage since elementary school. So when Rajiv [Nema] asked me to audition for Naatak’s 4th production Ek Tha Gadhaa urf Aladad Khan, I showed up with zero preparation and not knowing the first thing about theater, acting, or the audition process. I was not sure whether I would get a role, and at the time it did not seem like it would have been a big deal either way.

Rajiv gave me a role, based naturally [snicker] on the strength of my flawless diction, great personality and untapped raw talent. Although, even after almost 19 years I have not been able to gather enough courage to asked him what he could possibly see in me as an actor. Probably because I am afraid that he will give me an honest reply which is sure to burst my bubble.

So while my entry into the Naatak group was easy, leaving it was not. That play was an experience I had never had before. I could not remember a time when I had so much fun. The ‘Ek tha Gadhaa …’ team gelled together beautifully and despite being rank amateurs, our passion was so palpable that it entertained our audience beyond words. Even after all these years, I still meet friends who rave about that play.

Why can’t I pull myself away from Naatak?

Just like any junkie, I keep returning with a hope of reliving that first experience. I realize that it might never happen again but every play is unique in its own way: Nary a dull moment.

Naatak is my detox for every problem (work, home, traffic, stock-market, housing market, cricket losses, office politics, too much rain, not enough rain … you name it). After a long day’s work, I look forward to hobnobbing with fellow crazies at our hangout. Our very own adda lovingly known as ‘Naatak House’. It has given us the anchor which allows us to soar high while remaining tethered to reality.

Naatak has accorded me an chance to direct them both. How can I not love it.