This article was published on February 26th 2015 by

Sujit Saraf, 46, on stage in Vande Mataram, a play about greed, gunpowder and Gandhism. This production was in 2014.

It wasn’t until the mid 1990’s when Sujit Saraf found himself in America as a Ph.D. student, that he thought back longingly to his theatre days in college in India.

He remembers being in his late teens, and being nothing but ecstatic about every role he was handed – even when he was playing the mirror in Snow White and the Seven Dwarfs. At that time and place, it was just a play, just a part. Saraf eventually grew up, moved on, and left his acting days behind him.

Today, Saraf, 46, has been working in Silicon Valley for the past two decades. But over the years spent building a successful professional career, he somehow found his way back to theatre, and is now unofficially credited as the pioneer of Hindi-language theatre in the San Francisco Bay Area. 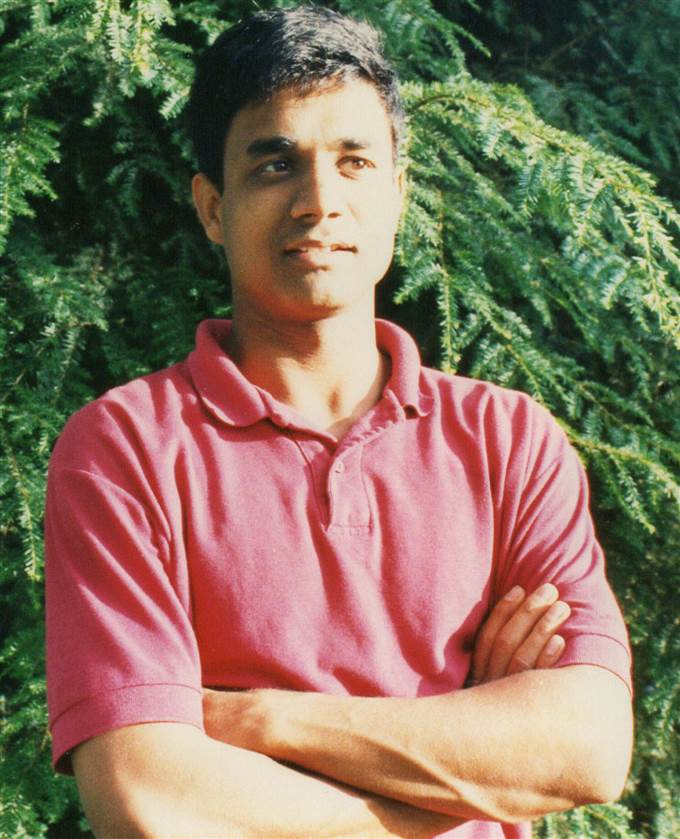 Saraf first came to the U.S. as a student pursuing a doctorate in mechanical engineering at UC Berkeley. During that time, he found out that his theatre friend from IIT – Delhi, Sanjay Rajagopalan, was at neighboring Stanford and together they formed a volunteer-based theatre company aptly called “Naatak” meaning drama in Hindi.

This time around, mature with years of nuanced experiences as an adult, as a professional, and as an immigrant, Saraf decided to be much more intentional about the roles he would put on stage – meaningful roles that draw from their audience.

“I knew back then the types of theatre I wanted to avoid with Naatak, the plays I shouldn’t be doing,” said Saraf.

Much of his professional career revolved around research, space orbits and satellites. But his passion for theatre and his dedication to creating Naatak can be distilled to a simple love of plays.

The overwhelming majority of Naatak shows are staged in Hindi, one of the official languages of India. A few plays had Tamil and English productions but Saraf estimates that every four out of five shows are in Hindi.

One of the reasons Naatak, now celebrating 20 years, has survived for so long is its location. The nine county San Francisco Bay Area is home to 244,493 Indians according to the 2010 U.S. census, an increase of 53 percent from the decade before. Indian Americans comprise 3.4 percent of the region’s total population, and are one of the fastest-growing groups in the area. 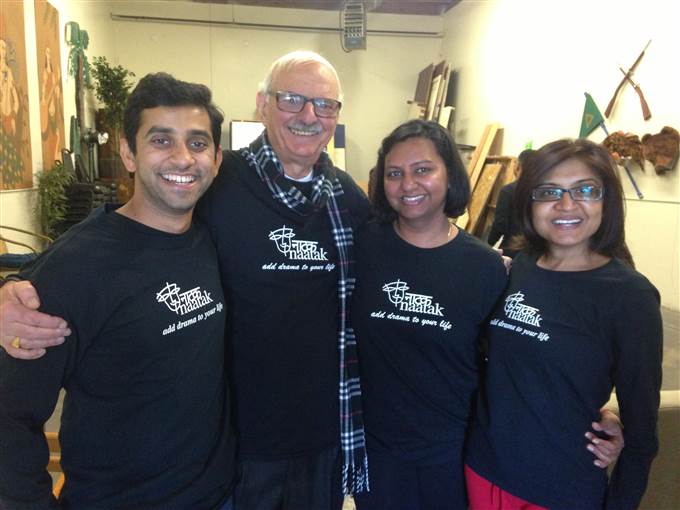 Some current Naatak actors during rehearsal for their upcoming production “No Man Like You, No Woman Like Me” an adaptation of Shakespeare’s Taming of the Shrew.

“We have a significant reach into the Indian population in the Bay Area,” said Rajiv Nema, 45, a Naatak member of 19 years. Each audition easily pulls between 50 and 70 people, Nema said. He estimates around 750 people have passed through the playgroup either as cast or crew over the last two decades.

For the members, Naatak is a place that lets them truly be themselves. It’s a place where actors with day jobs in Silicon Valley gather and invariably form a connection that reminds them of their roots back home.

Juhi Mohan, a 36-year-old engineer, says that Naatak is doing much more than just helping her connect to her home country. For Mohan, the process of being in a play – the bonding, the friendship, the community – has kept her around for almost 10 years.

“We draw our plays from either our lives or the lives of our audience or cultural setting we are comfortable in.”

Saraf prefers staging shows that are written by veteran playwrights from India, but a few of the scripts are written by Naatak members. Their current and first production for 2015 is the “Indianized” version of “The Taming of the Shrew” by Shakespeare. And it is not in English.

The reason for doing this, Saraf says, boils down to the type of theatre he always wanted to do. “We draw our plays from either our lives or the lives of our audience or cultural setting we are comfortable in. Perhaps that’s why most of our plays are in Hindi and even our English plays are set amongst Indians in America.”

Audience member Vandana Kumar, a 51-year-old from San Jose, has attended many Naatak plays. “Sujit has written a few original scripts poking fun at the Indian population in the Bay Area – Everyone Loves a Good Tsunami and Death in San Francisco – each, in their own way, show the insecurities of our immigrant population. Perhaps we enjoy them because we see literally ourselves on stage,” she wrote in an email.

As for Naatak completing its 50th production and celebrating its 20th year, Saraf insists he hates talking lofty goals and thinking big.

“In fact as Naatak turns 20, our goal is to think small,” he said. “I hate to say that Naatak is making Hindi-language theatre flourish, that we’re keeping Indian culture alive. Really, Naatak exists because we love plays, all the good stuff that happens with it is a by-product.” 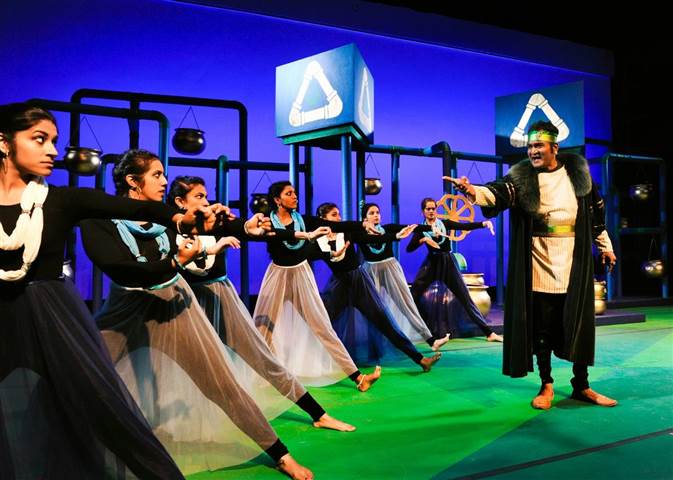 Rajiv Nema, 45, on stage in Amavasya last year. The musical explored the issues of skin color.

Shwanika Narayan is a multimedia journalist and writer currently based in the San Francisco Bay Area. Follow her on twitter @shwanika.