India West Previews Naatak’s “Taming of the Shrew” in Hindi

Naatak Stages Hindi Adaptation of Shakespeare’s ‘Taming of the Shrew’ 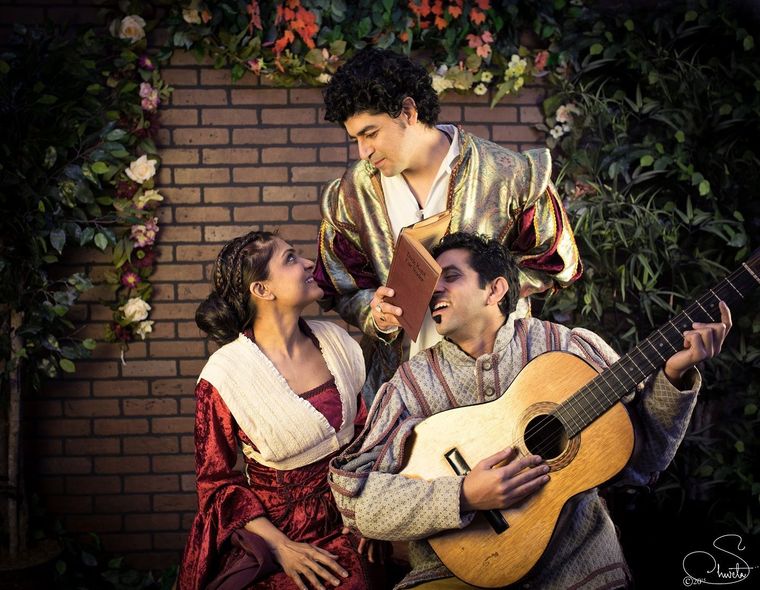 This hilarious comedy has been a staple of every Shakespeare theater group. The antics of married life have been a fodder for comedy since time immemorial. There is just something absurd about the dynamics of this “imperfectly-defined” relationship that makes husband-wife jokes so easy to write and enjoy (a simple Google search of “marriage jokes” returns over 44 million links). Little wonder that this play is still so enjoyable more than 400 years after it was written.

The play was first seen in Bharat Bhavan, Bhopal, nearly 30 years ago, featuring Vibha Mishra, who had been in the news because a mega theater personality was in prison on charges of her attempted murder. The dialect was different, the set was basic and the props minimal, and yet the play was riveting.

In an attempt to re-create that magic, the script has been adapted to bring it closer to the original. The challenge was less in understanding the play than in trying to reconcile it with modern ideas about gender roles in a marriage. The two protagonists of the play are equally matched, and while one may seem to have the upper hand over the other, the reality is open to interpretation. The play in its literal form may be politically incorrect, but it has been adapted in a way that will make it equally enjoyable by everyone.

In true Naatak tradition, an open audition was held, which had a resounding response. More than 80 actors auditioned for 14 roles. The company was able to fill up the slots with a very good mix of Naatak veterans and first-timers. Even among those who did not get selected for this play, Naatak found some promising actors for upcoming plays and staged readings.

In its three-play season, Naatak also plans to present “Rabbit Hole” (English) by David Lindsay-Abaire in June and “Vrindavan” (Hindi) by Sujit Saraf in September this year. “To Sam Purush” will have 11 shows between Mar. 14-29 at the Tabard Theater at 29 N. San Pedro Street in downtown San Jose, Calif. Tickets for this play or the season pass for the entire 2015 season are available at www.naatak.com.