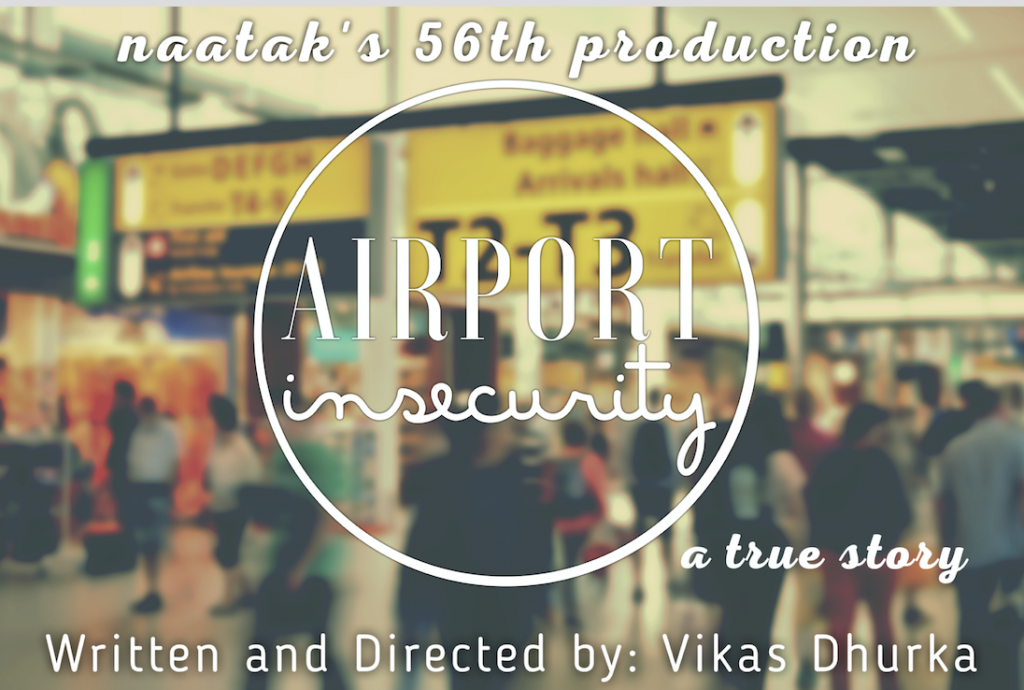 Silicon Valley high tech business leader Vikas Dhurka had always wanted to learn screenwriting, so he signed up for Professor Scott Sublett’s online screenwriting class through Open University. Vikas wrote a hilarious (and autobiographical) feature-length screenplay about a businessman stuck in an airport without a passport. When Professor Sublett suggested that Vikas’s funny, charming screenplay Airport Insecurity might also work as a stage play, Vikas got to work.

Now, Nataak, the biggest and most prominent Indian American company in America, loves the play and will present a production of it February 24 through March 4, 2017 at the Cubberley Theater in Palo Alto.

“I will never forget the day I chanced upon the class,” Vikas recalls. “May 26th, 2016. I had to return some properties we borrowed from the SJSU prop shop. As I was walking back, I saw the flyer for RTVF 160 Screenwriting on the notice board. I always wanted to write. I sent Prof. Sublett an email once I got back to my desk and got his positive response an hour later. Life, as they say, was never the same.”

For more information on the theatre company and the play (including auditions), check out Nataak’s website: http://www.naatak.org/