“Mr India”: A Festive Banquet by NAATAK in Palo Alto

This article was published on September 21, 2016 on Theatrius

Close Encounters of the Indian Kind at Cubberley Theater 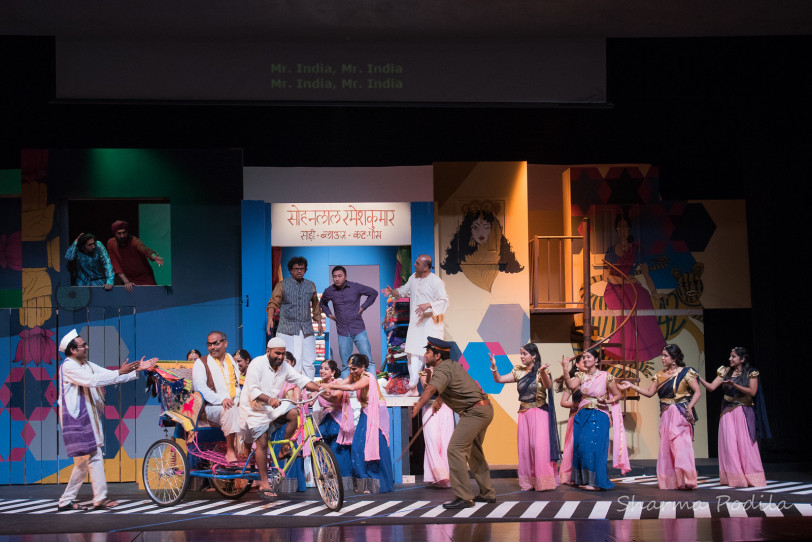 Beautiful voices burst forth suddenly, a brilliant clarion call. Exotic instruments twang out a beat. And brightly costumed Indian dancers charm, tease, and mimic characters who, one by one, take the stage in Naatak Theatre’s “Mr. India,” performed at the Cubberley Theater in Palo Alto. 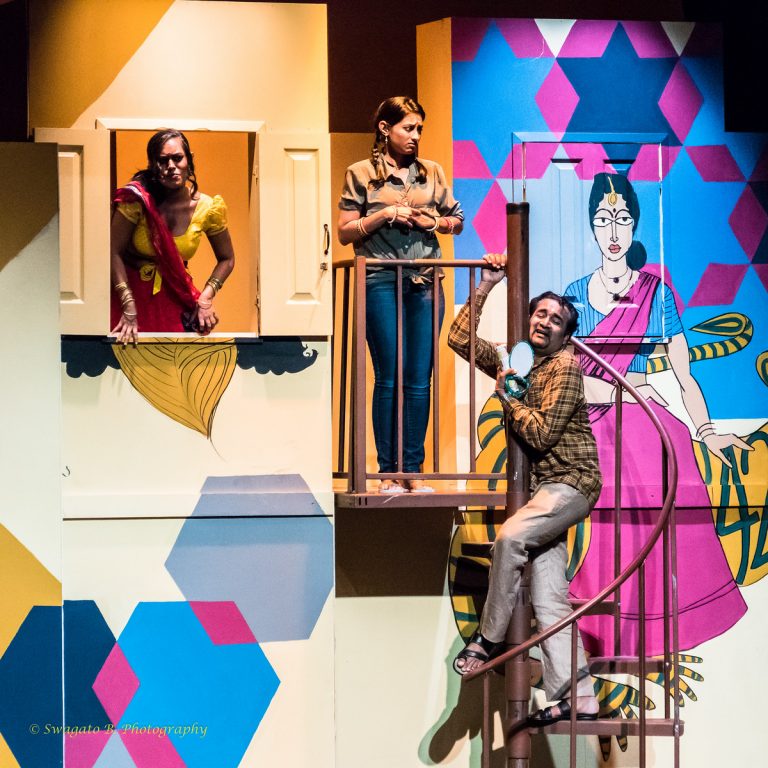 The show opens with extensive Indian dancing in several different styles, reminding me of a Greek Chorus, complete with musical accompaniment, and seducing me into the characters and backstory. It helped to ground my experience through links to western theater conventions. Later, when we meet the humble Tea Seller who will be the stooge candidate for the upcoming Indian election, “Fiorello, the musical” bells ring as another reference point. That was the end of my attempt to tag the overwhelmingly new “Mr. India” to western theater. I just took a deep breath and gave in to the swirling sensuous scenes that include modern political satire and a rich Indian heritage.

“Mr. India, How a Tea-Seller Becomes Prime Minister,” a grand musical farce, by writer and director, Sujit Saraf, is based on his 2007 novel The Peacock Throne. Saraf sets up his satire of Indian parliamentary democracy, using the backdrop of the 1984 assassination of Indira Gandhi and the resulting wave of anti-Sikh riots. Fast forward to 1989, he exposes the elections that turned Indian politics topsy-turvy, alarmingly like the U.S. this elections this year.

In this Grand Musical, all of India is encompassed by the common man, Gopal, the Tea Seller—and his naïve obliviousness to social correctness and political affiliation. Gopal is confronted by a parade of the immensity of India, its diverse peoples, religions, castes, and cultures. He deals equally with Hindu, Muslim, and Sikh, as well as Opportunists, Panderers, and Crooks in a flowing river of colorful and comic characters. 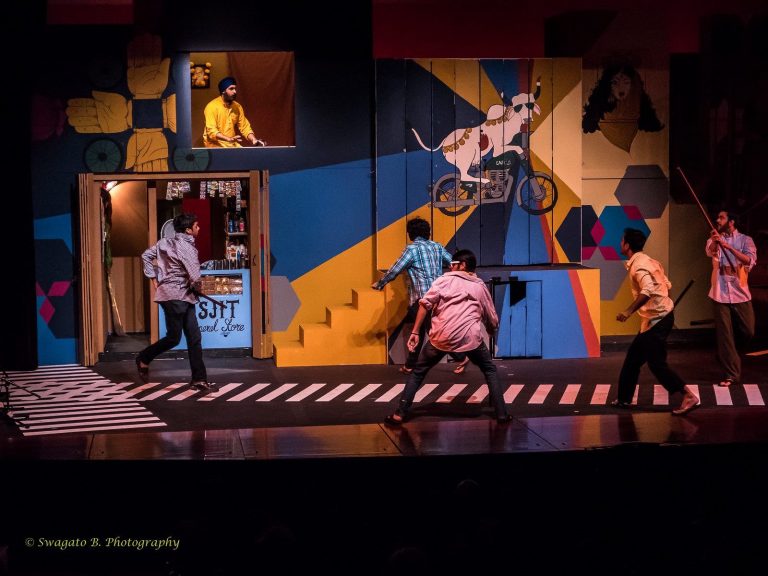 Gopal, a Hindu, breaks with convention by welcoming his Muslim friend. Later, he shelters a Sikh in his tea stall, to help him escape the riots, even though the tea stall is surrounded by Hindus. Gopal gets on with everyone because he lacks ambition and artifice. Since he is universally liked, Gopal becomes the ideal candidate for politicians who need a patsy to sway the coming elections. Saraf uses the common man as the centerpiece for a complex theatrical feast. Like its hero, “Mr. India” rises to the highest levels of Bay Area music and dance, energy and engagement, offering comedy and insight into a complex culture and history.

Naatak, the largest and most successful Indian theater in the U.S., deserves our attention. Begun by students at Berkeley and Stanford in 1995, Naatak has performed for 21 years for tens of thousands of patrons. “Mr. India” is Naatak’s 54th show, and its largest production ever, with 50 people on stage. The Friday night I attended, the 300 seat Cubberley Theater was sold out, and enthusiasm reigned supreme.

Other recent productions have included Western theater staples: “August: Osage County,” “Rabbit Hole,” and “Noises Off.” Although Naatak’s cast and crew work as Techies in Silicon Valley by day, they turn into serious theater people by night. They have added a great cultural richness to the Bay Area, and will surprise and delight a wide and diverse audience. Enjoy “Mr. India” through October 2, in Hindi verse with English super-titles. Exercise your sense of adventure, and taste the feast at “Mr. India.” 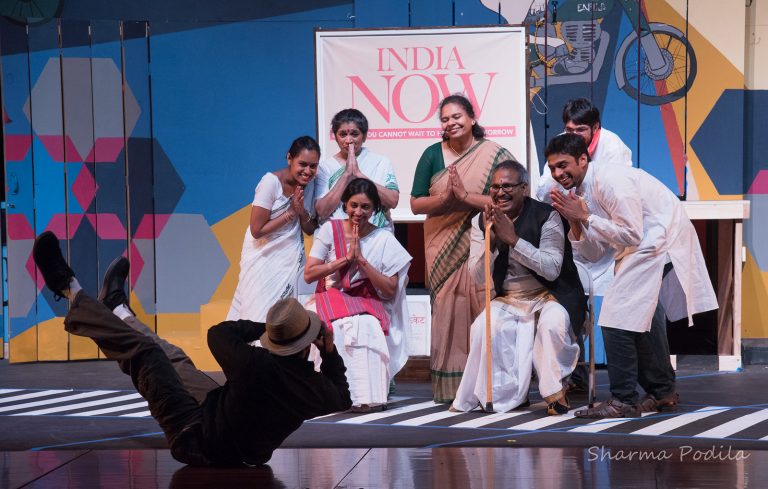