India Post Reviews Naatak’s “Taming of the Shrew” in Hindi

Hilarious `Taming of the Shrew’ in Hindi 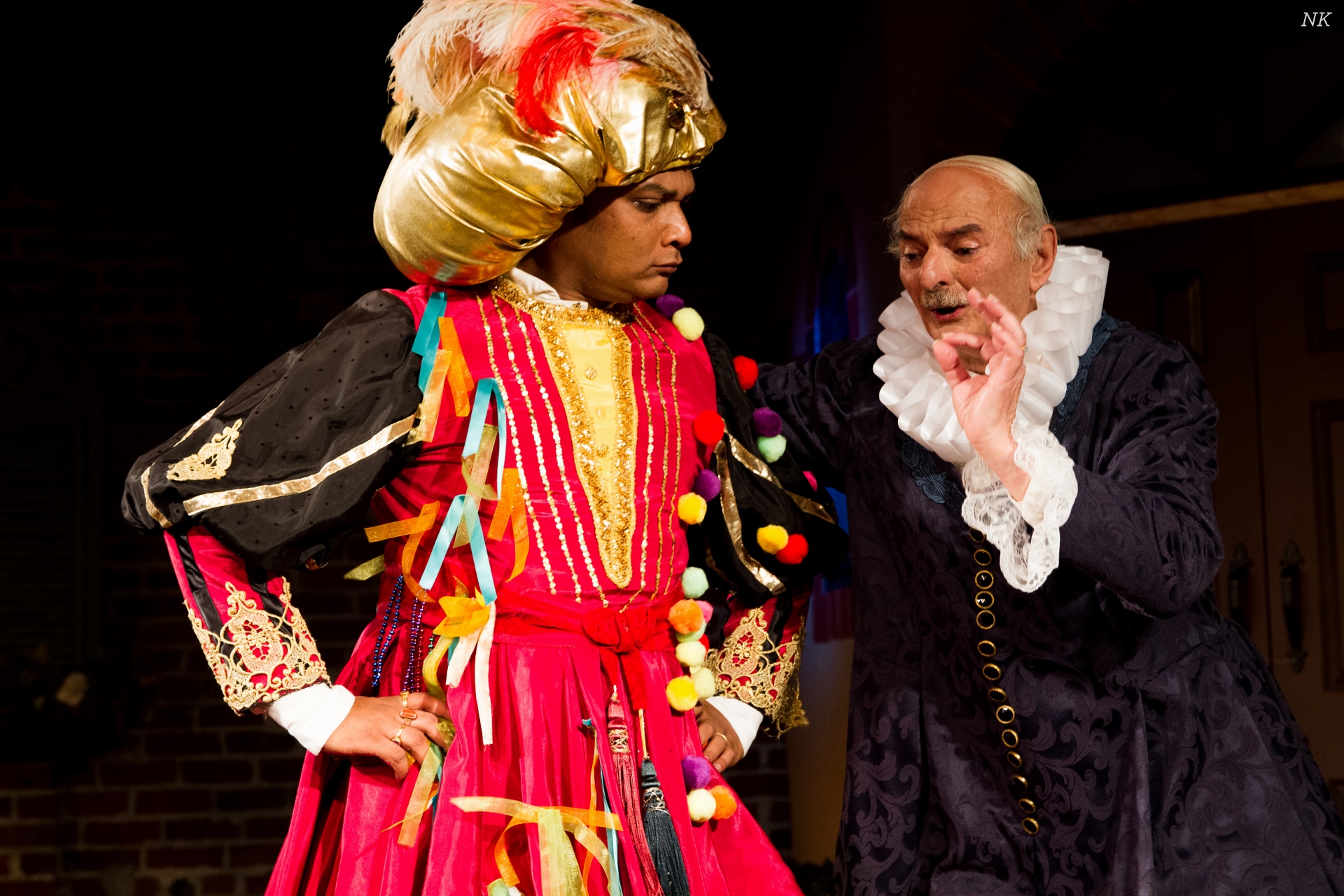 To sum purush, na mo sum- nari (No man like you, no woman like me) (The Taming of the Shrew): a Hindi adaptation

No wonder the title did not resonate when I first heard about the latest play by Naatak, stated to be “The Taming of the Shrew”, a Hindi adaptation, performed in San Jose. A surprise awaited us immediately upon the start of the play as a duo dressed in period costume began spouting some strange dialect, like Hindi, but distinctly different.

We assumed it must be a court jester type introduction to the play, so common of Shakespearean adaptations. However, there were twists and turns in this plot even before the play began. Apparently, the strange yet familiar language was Bundelkhandi, a dialect spoken in UP and MP in India. The comedic duo did not just use the language and their conjured up scenarios simply to toy with the audience, but to familiarize them with the shape of things to come. Turns out the play was set to the classic theme of Shakespeare, in this unique language with captions in English.

A disclaimer by the director, assured the audience to not seek any deep meaning in the play, and just to enjoy the classic comedy presented in a novel way.

The language initially threatened to be a challenge, and distracted from following the story line while synchronizing the spoken dialect with the captioned dialogue. The first half of the more than two hours long play was an attempt to set the stage for the antics of the suitors, Lucentio, Gremio and Hortensio for the hand of the fair maiden, Bianca, the daughter of the rich Baptista of Padua. 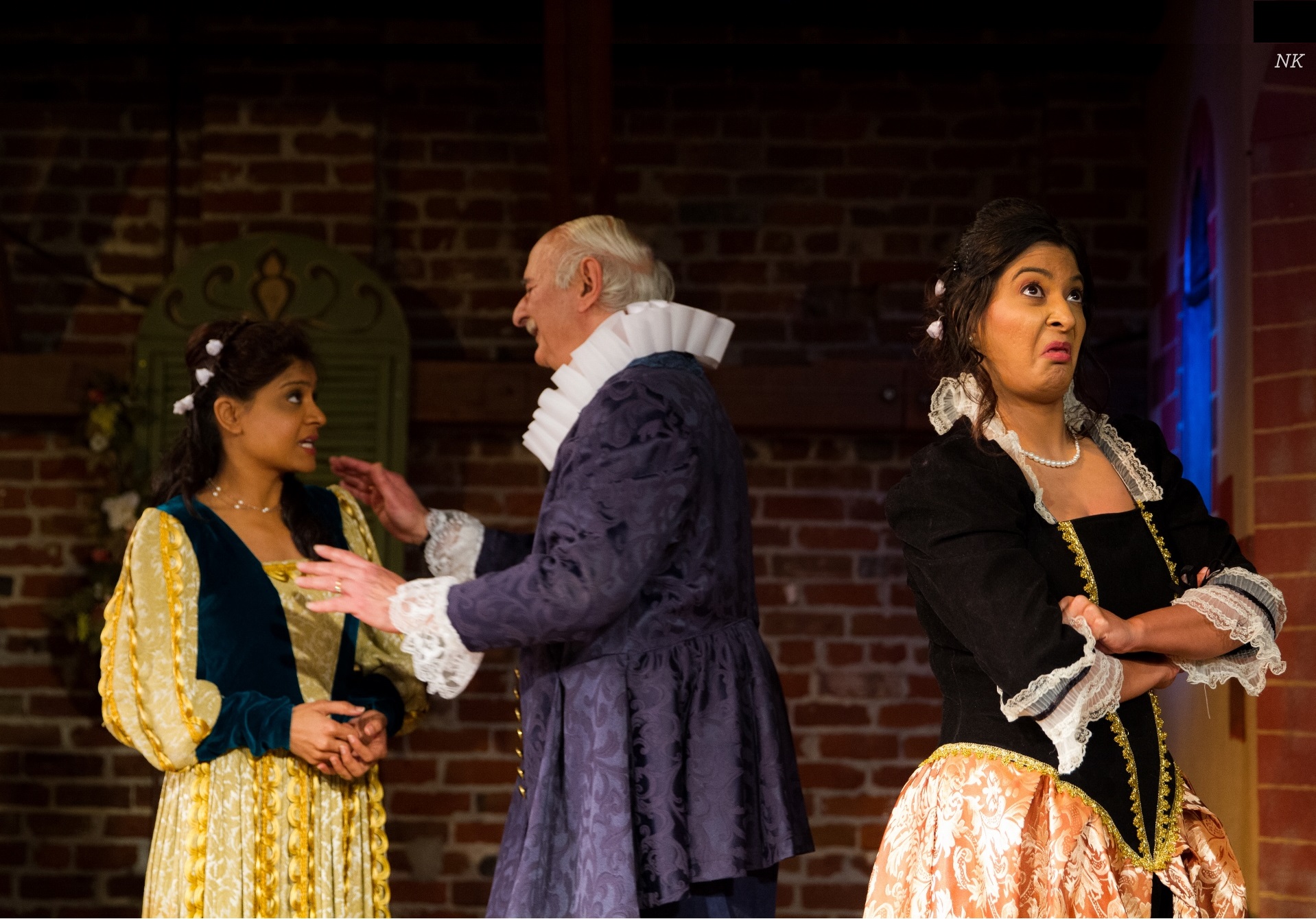 The challenge for Lucentio, besides defeating the other suitors, was also to get Bianca’s sister, Katherina, the shrew married off, to satisfy the precondition for Bianca’s marriage. As the familiar play unfolded, with exchanged and mistaken identities to add to the humor, high level of overacting and physicality added to the intentional absurdity of the storyline.

Pratiksha Rao-Vaidya, as the shrew, presented a convincing performance of being a foul mouthed, ill tempered woman and fiancee to Petruchio, who is successful in hatching a plot to “tame” the shrew. From the outrageous wedding outfits, to bizarre behavior after the nuptials, and finally the “killing with kindness” strategy, Navjyoti Sharma, as Petruchio commanded the scenes. The transformation of the shrew is subtle, yet powerful, as Petruchio goes about giving Katherina a taste of her own vile medicine, all in the name of love, to get her to change.

In the meantime, Lucentio, ably played by Amit Sharma continues to woo his love interest, Bianca, the demure Ekta Brahmakshatri, while posing as a tutor in the household. The agile, Abhishek Das as Hortensio, too poses as a music instructor to gain access and impress Bianca, and draws the audience into the humorous portrayal when he emotes his terror after trying to teach music to Katherina.

The courtship scenes between these characters are overtly clownish, and more like a caricature, with abundant physical acting, however, they do get the point across. The older suitor, Gremio, the beguiling Rajiv Nema, delivers some pithy dialogues and gracefully bows out of the running for Bianca’s hand, while the younger ones duel with words.

Even though the play is overly misogynic and politically incorrect in today’s times, the comedy of errors ends on a sweet note with bonhomie and camaraderie palpable between all players, and the feel good message that “love conquers all” is warmly omnipresent. There is even a reference to reverential and profound respect as the basis for peace and harmony, as Petruchio stands by his demure and docile wife, the changed shrew, and draws the play to a close. 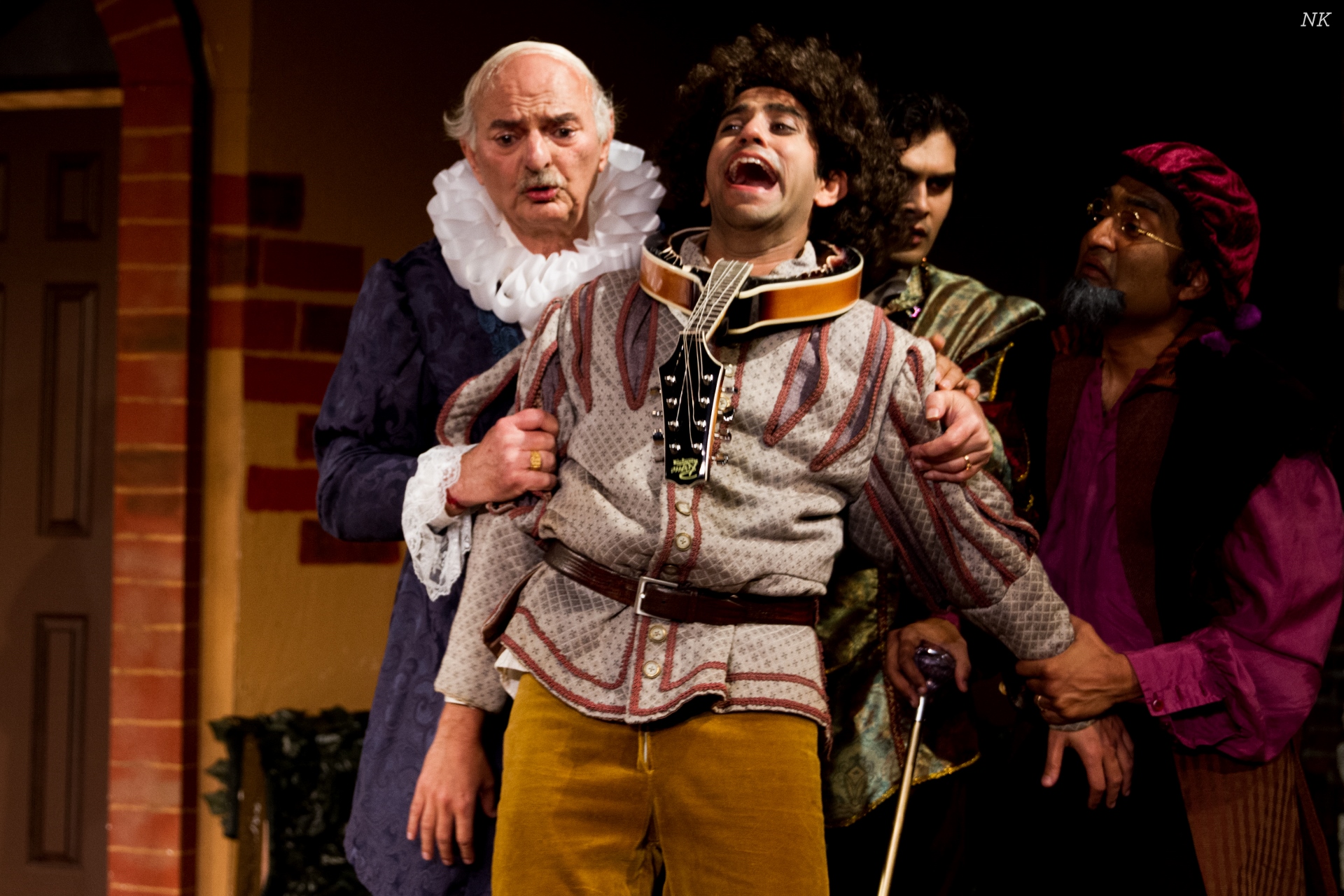 The director, Manish Sabu with his intentional use of Bundelkhandi as the language of choice, strives in a sincere effort to make the already absurd play, even funnier. He revealed a personal connection, as his maternal grandparents spoke the dialect. There are hardly any subtleties or nuances as the acting has to be over the top, and greatly physical, in accordance with the setting of the period piece, and the polar opposite of the “less is more” school of acting.

Preserving the costumes and set designs as depicted in the original, allowed only one variable to be changed, and kept the muse intact. All said and done, peeling away the layers of the performances, story, direction and sets, actually provide a peek into the cleverly directed rendition of the adaptation. Although thrown off by the strange antics and dialogues initially, even the skeptics came away suitably impressed with the acting prowess of all cast, and the directorial chops.

Kudos! Is there a Bhojpuri adaptation in the offing next? Just kidding! I think one linguistic deviation gives you the idea that Shakespeare, in any other language, still remains Shakespeare.