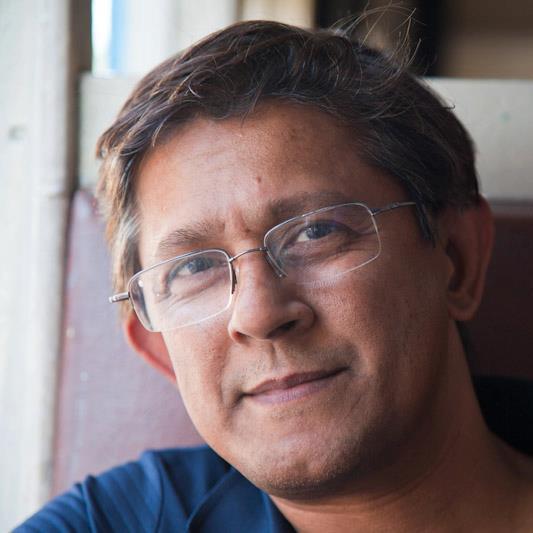 The Tao was getting very tired of sitting by himself in front of the iMac, looking at beautiful places and even more beautiful women. Just when he was considering getting up and doing something more meaningful, such as watch the past episodes of Game of Thrones, a calendar event popped up with a startling sound.

“Rabbit Hole at 6pm,” it said, “Oh dear! Oh dear! You will be late!” And presently the screen filled up with an awful blue color, and a dancing Windows logo filled the screen. When Tao looks back and thinks of that time, it occurs to him that the Windows logo on iMac should have struck him as odd, but at that time it all seemed quite natural.

So the Tao started his little turbo-charged electric jalopy, and was on the expressway before you could say ‘Alice’. Soon the car was inside a tunnel, except that there used to be no tunnel on the expressway, from what the Tao could remember. It was a bit odd, especially when the road dipped suddenly, and the Tao found himself inside a giant well.

Inside the well, the entire world was painted white. There were people all around, and a gentle murmur of expectancy. Meanwhile a white curtain rose on a white stage, and the White Rabbit Sisters walked in. There was a lot of animated conversation, apparently about the troubles the little sister was having. The Tao was amazed at the spunk of the little sister, what with her dropping f-bombs that were making the elderly lady next to Tao very nervous; every time another of those bombs was dropped, she would shake uncontrollably, and mutter something that sounded like ‘Rama’. “Would you stop saying those f*#&ing words?” the Tao whispered to the Little Rabbit Sister, but she was clearly on a roll.

Just as the Tao spoke, the Mad Hatter walked in. He was mad as hell, and his eyes were rolling in their sockets. The Big Rabbit Sister won’t let the Hatter get near her, and that got the Hatter even more mad. They were arguing about their Cheshire Cat who has vanished without a trace, but still seems to be coming back into their lives again and again, and they blamed each other for it. “We are all mad here,” the Big Rabbit Sister was saying. The Mad Hatter was sure that the Cheshire Cat was hiding in the house.

“Curiouser and curiouser,” thought the Tao, just as the Rabbit Mother came in. She had a peculiar calming influence on everyone, and she drank a lot of red wine from white bottles. It appeared that she had her own Cheshire Cat too, but she was comfortable knowing that it was not coming back. She spewed a lot of wisdom with every sip of wine, including: “It does not get any better” and “I can’t go back to yesterday, because I was a different person then.”

The Tao was kind of warming up to the happenings on the white stage, but then it got really tense when the Executioner walked in, and it was clear that he was the man behind the disappearance of the Cheshire Cat. It was never spoken in all those many words, but everyone knew. He stood under the bright light, pleading his inner guilt. The women in the audience were punching in their sympathy votes into the facebook page when he said, looking innocent and guilt-ridden at the same time, “I’m afraid I can’t explain myself. Because, I am not myself, you see?”

“Take some more tea,” the Big Rabbit Sister said to the Executioner. But the Executioner drank only milk, so he politely refused. He, instead, spun a tale of the Rabbit Hole, and how the Cheshire Cat has been seen on the other end of the hole. The Big Rabbit Sister’s face lit up to know that the rabbit hole is for real, and there is hope in this universe. It was a vaguely religious moment when the name of God was invoked, and angels were called into existence. The Big Rabbit Sister smiled through her tears. It was like the rays of sun bursting through the clouds, hitting the wet ground after rain. There was mist rising all around.

At last the Mad Hatter came in again. But he was not mad anymore. In fact, no one was mad. There were million melancholy flowers blooming all around Tao, and the Tao was overwhelmed. The Big Rabbit Sister was crying, and soon there was a pool of tears that grew deeper and deeper. Looking around, the Tao noticed that everyone in the audience was sobbing. “I wish I hadn’t cried so much,” thought the Tao, because now the tears were choking him as he struggled to stay afloat. As he was drowning, he saw the White Rabbit family, holding hands and bowing in a curious fashion, for they were all under the pool of tears, you see.

“Oh, I’ve had such a curious dream!” said the Tao to his students, as well as he could remember them, all these strange Adventures of his that you have just been reading about.

“Well, I never heard it before, but it sounds uncommon nonsense,” said a student, “In fact, It all sounds impossible.”

“Why, sometimes I’ve believed in as many as six impossible things before breakfast,” said the Tao.

(Shamelessly plagiarized from ‘Alice in Wonderland’ by Lewis Carrol. Inspired by the play Rabbit Hole – A Pulitzer Prize winning Play in English by Naatak. Kamala Subramaniam, Harish Sunderam Agastya, Geeta Rai,Prathima Vadiraja, Grayson Richmond, and folks at Naatak: This is for you.)